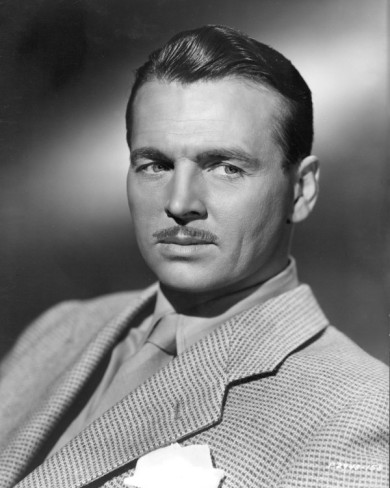 The individual episodes of Yours Truly, Johnny Dollar have been broken down into several different pages by lead actor:

This is one of these pages. Click on one of the above for a different OTRR Yours Truly, Johnny Dollar Single Episodes page.

Terry Salomonson in his authoritative "A Radio Broadcast Log of the Drama Program Yours Truly, Johnny Dollar", notes that the original working title was "Yours Truly, Lloyd London". Salomonson writes "Lloyd London was scratched out of the body of (the Dick Powell) audition script and Johnny Dollar was written in. Thus the show was re-titled on this script and the main character was renamed. Why this was done was unclear – possibly to prevent a legal run-in with Lloyd’s of London Insurance Company." Although based in Hartford, Connecticut, the insurance capital of the world, freelancer Johnny Dollar managed to get around quite a bit – his adventures taking him all over the world.

There were some unusual devices used in the show that help set it apart from other shows. There was no partner, assistant, or secretary for Johnny. The character closest to a continuing role was that of Pat McCracken of the Universal Adjustment Bureau, who assigned Johnny many of his cases. Another atypical aspect gave the show additional credibility – frequently, characters on the show would mention that they had heard about Johnny’s cases on the radio. Johnny often used his time when filling out his expense accounts to give the audience background information or to express his thoughts about the current case.

No fewer than eight actors played Johnny Dollar. Dick Powell, of Rogue’s Gallery fame, cut the original audition tape, but chose to do Richard Diamond, Private Detective instead. Gerald Mohr, of The Adventures of Philip Marlowe fame, auditioned in 1955, prior to Bob Bailey getting the title role. Through the first three actors to play Johnny Dollar (Charles Russell, Edmond O'Brien, and John Lund), there was little to distinguish the series from many other radio detective series. Dollar was just another hard-boiled detective in a medium that was overloaded with the stereotype. Charles Russell, the first to play the role, would throw silver dollars to bellboys and waiters. Luckily, this trite gimmick did not survive long.

On October 3, 1955, after a hiatus of over a year, the show came back with a vengeance. A new production team, including director/writer Jack Johnstone, a new star, Bob Bailey, from the radio series Let George Do It, and a new format would set the series apart from its competitors. Johnny's cases were now a continuing serial, five days a week, for fifteen minutes each evening. With 75 minutes of airtime, minus commercials and openings and closings, there was sufficient time to develop good storylines and interesting characters.

During this time, Yours Truly, Johnny Dollar attracted some of the best writers in Hollywood, including Jack Johnstone, E. Jack Neuman (using the pen name John Dawson), Robert Ryf, and Les Crutchfield. Bob Bailey also wrote a script while he was playing Johnny Dollar. He used the pen name Robert Bainter (Bainter was his middle name) as the scriptwriter for "The Carmen Kringle Matter", which was aired on Saturday, December 21, 1957 on the West Coast, and on the following day for the rest of the country.

Bob Bailey, generally thought of as the most popular of the Johnny Dollars, brought a new interpretation to the character – tough, but not hard-boiled; streetwise, but not overly cynical, Bailey's Dollar was smart and gritty when he had to be. But Bailey's Johnny Dollar was also human. His character would get emotionally involved in a number of his cases. He had a streak of impatience, and would occasionally not fully listen to a witness and rush off on a tangent before realizing his mistake.

The weekday serialized episodes are generally acknowledged as some of the finest radio detective shows ever produced. There were fifty six multi-part shows in all: fifty four five-part shows, one six-part show, and one nine-part show. The serialized episodes continued until November 2, 1956 when the series again reverted to a once a week, thirty minute format. Bob Bailey continued in the lead, until "The Empty Threat Matter" of November 27, 1960, when the Hollywood run ended.

In December 1960, the show moved to New York. Robert Readick started the New York run as Dollar, but only lasted a short while. Jack Johnstone continued to write for the show and submitted scripts from California. Johnstone wrote about 350 Johnny Dollar scripts under his own name and his pen names Sam Dawson and Jonathan Bundy. Johnstone wrote the last episodes of both Yours Truly, Johnny Dollar and Suspense. He used the Bundy pen name when writing the last Suspense episode, "Devilstone".

And so, an era passed. Yours Truly, Johnny Dollar was the last continuing detective series of the Golden Age of Radio. Mandel Kramer was the last Johnny Dollar, and a close second in popularity to Bailey, when the final episode, "The Tip-Off Matter", was aired on September 30, 1962.

Material for this description was prepared by Stewart Wright.

Replaced files on this page from the Version 2 Release.

- Old Time Radio Researchers Group
Reviewer: newdickmorris - - May 3, 2019
Subject: Thanks for sharing!
I'm going to list some of my top ten favorite episodes below. This isn't an easy task because so many of of the best Lund era scripts were later used - and often times improved upon - in the classic Bob Bailey 15 serial run. So I am going to break my favorite episodes list into two groups: the "best of the best" and "very good but surpassed by their remakes."

01) The James Clayton Matter (12-05-52)
This one was remade as The Shepherd Matter (04.16.56). The Shepherd Matter is one of the very best Bob Bailey episodes, imo, but as much as I love it, the original version is even better. The ending is just a complete punch to the gut. John McIntire made a million appearances during the Lund run of Johnny Dollar and he was always good, but I think this is his best performance.

02) The Elliot Champion Matter (12-12-52)
This one was remade as The Bennet Matter (02.20.56). The original John Lund version is better, imo. The Bailey era version was far too padded, imo, particularly the last chapter. The Lund version is much leaner and is all the better for it, I think. FYY: this script began life as an episode of the Jack Webb "Jeff Regan" detective series called "The Man Who Came Back."

03) The Punctilious Firebug Matter (05-25-54)
This is easily my favorite of the episodes of the Lund era that were never refurbished for the Bob Bailey run. Really good episode.

04) The Beauregard Matter (01-26-54)
Good mystery. This one was remade as The Kranesburg Matter (08.24.56). The remake has much better production quality, but it's a little bit padded, imo. It actually runs six parts. The Lund version only runs 30 minutes, but I don't think the story suffers from it. Both versions are good, but I 'd give the nod to the original.


Group Two - Very Good...But Not as Good as Their Remakes

05) The San Antonio Matter (04-28-53)
Good episode, but the remake The Valentine Matter (10-31-55) is really fantastic. It was one of the first Johnny Dollar episodes that I ever listened to and it remains my favorite.

06) The Piney Corners Matter (03-23-54) is very good, but the remake The Shady Lane Matter (07.09.56) is even better. The original features Parley Baer who is always a treat, but the remake featured an interesting New England setting and the expanded run time allowed the writers to flesh out the townsfolk/suspects. Very good mystery plot.

07) The Ben Bryson Matter (12-29-53)
Good performances by Lund and the other actor in the death scene. I still have to give the nod to the remake The Confidential Matter (09.10.56) due to the humanity Bailey brought to the character. The story really hinges on making the audience believe that Johnny is disturbed by the actions of his friend and I think that came across better in the remake.


Other Episodes of Note:

The Baltimore Matter (01.02.53)
This was remade as The Todd Matter (01-09-56) but I think the original John Lund version is better. The BB version featured a very annoying cop character that got waaaay too much airtime.

The Voodoo Matter (08-04-53)
The only episode of Johnny Dollar that I've heard that has a supernatural element. Or does it? They should have saved this one for Halloween.

The Howard Arnold Matter (10-27-53)
Pretty good episode. It would have fit right in during the Edmund O'Brien run of Johnny Dollar.

The Magnolia and Honeysuckle Matter (04-13-54)
Another solid episode. It would have made a great 5 part Bob Bailey episode.

The Independent Diamond Traders Matter (11-24-53)
Not an amazing episode, but I liked it because the bad guys had a fairly clever scheme.


Two criticisms of the show:

1) I didn't enjoy the organ only soundtrack. The Bailey and O'Brien runs both featured nice musical accompanyment and the loss of that is really noticable here. The organ is not a subtle instrument at the best of times but there are times her when it sounds like the Phantom of the Opera is doing a solo in my eardrum.

Uploaded by Lum Edwards on September 4, 2015